As Executive Function coaches, we find that many of the people we work with feel...

“Opportunity is missed by most people because it is dressed in overalls and looks like work.”

Whether you’re a fan of acronyms or simply tolerate them, it’s good to be hip to them, so you don’t think LOL stands for “lots of love” and use it as an expression of sympathy. (For those out of the loop, it means “laugh out loud.”) A parent recently told me that she uses an acronym to try to motivate her son, telling him to remember PACE, which she said means “Positive Attitude Controls Everything.” 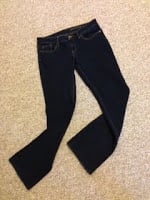 While a positive attitude may make us more pleasant to be around, it’s wishful thinking to believe that it “controls everything.” A school where I taught for eight years has a PACE Award, the acronym standing for Positive Attitude, Consistent Effort. I like it. Attitude, in my experience, often follows when we put in effort that we don't want to put in. We work hard, we get better results - our attitude improves! The effort leads to results; results lead to attitude.

As executive function coaches, what do we when someone isn’t willing to put in more effort and won’t take it on faith that greater effort will lead to better results and/or won’t make them any happier? We ask them to invest the same amount of effort differently. “How would you like to put in the same effort but just have it be more effective and give you better results?” Then, we show them how.

A good example is a young man I coached who came to me as a sixth grader from the same school system, Southborough, where I had once been a teacher. He was able to pay attention well enough in class to understand the material; however, the teacher couldn’t tell from his slouching posture, his misdirected gaze, and his general lack of involvement in the class. She often was tough on him in class because he didn’t seem to care. He and I used the acronym PANTS, to make sure he not only was attentive in class but showed it: Posture, Ask questions, Note taking, Track the teacher’s movement, and Smile. He liked checking in class to be sure he had his PANTS on! The daily effort paid off, and in seventh grade, he won the PACE Award. A good tool or strategy combined with appropriately directed effort will generate better results. A person's attitude changes when their reality changes.

Michael Delman is an award-winning educator, author, and entrepreneur. In 2006 he founded Beyond BookSmart, which he has grown into the world’s largest Executive Function coaching company, as its CEO. Prior to that, Michael co-founded and was principal of McAuliffe Charter School in Framingham, Massachusetts. In 2018, he published his critically acclaimed first book, Your Kid’s Gonna Be Okay: Building the Executive Function Skills Your Child Needs in the Age of Attention, and toured the country speaking with parents about how to help their children be productive and confident. A popular speaker at conferences, Michael has also been featured in The Times of London, CBS Boston affiliate WBZ TV, and dozens of media outlets across the country. Michael brings his unique combination of business acumen and an educator’s perspective to his visionary work. His passion is helping people discover their strengths, develop their confidence, and become more effective at whatever challenges they face.

The Lost Art of Planning

Self Regulation: Decisions in College Have Consequences

The 4 Life Skills Your Teen Needs That W...